In 2012, our friend and father Peter Lieb died of a rare lung disease afflicting fewer than 1 in 700,000 people. The Breathe Clear Foundation (BCF) was st 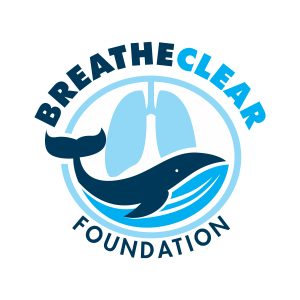 arted in 2012 by Peter’s sons, Connor and Aiden, and his friends to remember Peter, help raise community awareness of rare lung diseases and give back to the community.

Connor and Aiden helped design the BCF logo, which portrays a whale – the mammal with the largest lung capacity (over 5,000 liters) alongside lungs, which represent lung health that BCF supports through its donations and activities.

Our past fundraising events include Angels Baseball Fundraisers, co-sponsored with Rolling Hills Little League. Peter loved sports and he loved life – and we found that the Angels pregame tailgate and baseball game was a great way to raise money for charities that promote lung health while also having a great time.

Breathe Clear Foundation (BCF) was founded in 2012 in memory of Peter Lieb, a father who lost his battle with a rare lung disease.  The foundation is managed by Peter Lieb’s two sons, as well as local fathers and business leaders who came together to create an organization which would raise understanding and awareness of similar lung diseases.

David Belofsky – David is the founding and managing partner of Belofsky & Hanker, LLP, a law firm specializing in defending general liability insurance claims.  Before founding Belofsky & Hanker, LLP in 1990, David was an Associate and Partner practicing insurance defense at Grace, Neumeyer & Otto, LLP.  David earned his B.A. in philosophy from U.C.L.A. in 1978, and his J.D. from Southwestern University School of Law in 1981.  David has served our community as a Y.M.C.A. Indian Guide Chief, and as a volunteer assistant for Rolling Hills Little League and A.Y.S.O.

Connor Lieb – Connor Lieb is a student at Peninsula High School in Rolling Hills Estates, CA.  Connor and his brother, Aiden, co-founded the Breathe Clear Foundation in 2012 in honor of their late father, Peter Lieb.  Connor is extremely busy as a student athlete, and he currently participates in his high school baseball and football teams.

Aiden Lieb – Aiden Leib is a student at Miraleste Middle School in Rolling Hills Estates, CA.  Aiden and his brother, Connor, co-founded the Breathe Clear Foundation in 2012 in honor of their late father, Peter Lieb.  Aiden is an active athlete and excels in soccer and baseball.

PJ Kuyper – PJ Kuyper is President and CEO of Motion Picture Licensing Corporation, a non-theatrical licensing agency representing the Hollywood Studios and over 1000 independent film and television producers. Mr Kuyper earned his BS from Lehigh University and an MBA from Cornell’s Johnson Graduate School of Management. Prior to his work at MPLC, he was a management consultant advising Electric and Gas Utility companies on deregulation.

Todd Springer – Todd Springer is the founder and President of Herbs Direct, LLC, an ecommerce retailer of vitamin supplements. Prior to Herbs Direct, Todd was a managing director and venture capital investor at Trident Capital, where he served on numerous corporate boards. Todd has also served as a coach/volunteer in Little League baseball, AYSO and YMCA Indian Guides. Todd earned a B.S. in Economics from the University of Pennsylvania and an MBA from Stanford Graduate School of Business.

Breathe Clear Foundation’s mission is to raise community awareness of rare lung diseases and give back to the community.  Donations to BCF help support our outreach activities, as well as funding donations to lung research charities such as the American Lung Association.

To easily support BCF using Paypal or a credit card, please click on the following link:

If you would like to donate via check or have questions about BCF giving, please Contact Us.